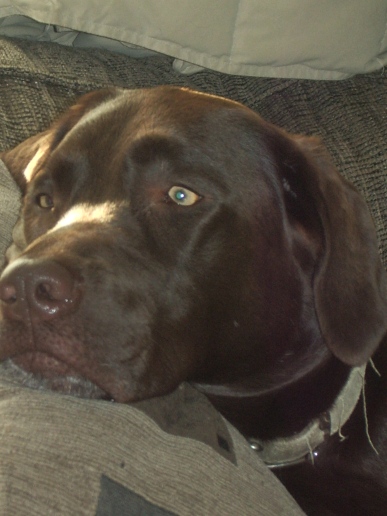 The hardest thing I’ve ever had to do was telling my children that Daisy died. She had jumped a fence while chasing her ball at the dog park. The truck had jammed on its breaks, but not in time. There was no doubt that Daisy was gone.

My sons didn’t take it well. Their words re-assured me that it wasn’t my fault, but their eyes betrayed their true feelings. Between tears my youngest asked, “Where is she?”

“Her body is in the car. I’ll take her to the vet and they’ll take care of her.”

“You don’t want to son. Trust me. She’s all mangled up. I promise you, she didn’t suffer.”

My oldest perked up. “What about Forever Fido?”

Forever Fido? I’d seen a commercial for them on really late night TV. “That’s nothing but a scam, son.”

“No it’s not. It’s real. I’ll show you.” My sons begged and pleaded for me to hear them out. They showed me videos from Metube. It was all too good to be true.

But guilt has a curious side effect of wanting to seek restitution. Which must have been why I agreed to give it a try.

I covered Daisy up in a blanket and along with my boys, we drove all night to New Port City, to the promise of new life.

“You didn’t need to bring the whole corps, Mr. Williams. A whisker would have been sufficient.”

“No worries, Mr. Williams. These times can be difficult. But rest assured, you made the right decision.”

“Whoa, slow down, I haven’t made any decisions. How is any of this possible? How much will it cost? I haven’t given my consent to do anything.”

“It already done, Mr. Williams. Everything has been taken care of. Daisy will be out shortly.”

“Wait what? Can I speak to a real person?” My voice was getting louder. I paced back and forth in a the tiny, white waiting room.

My boys raised their heads from their tablets and looked at me worriedly. “Relax Dad,” my youngest said. “They said Daisy will be out shortly.” And then he returned to his Metube.

A small door slid open to my left. I peered into it and everything was dark. “Hello,” I hollered into the void.

And then I heard a familiar bark.

She ran to me, just like she always did when I came home from work. Instinct, instead of common sense, made me kneel down and embrace the chocolate lab that jumped into my arms. She licked my ears and nibbled on my lobes, just like Daisy always did. My children joined the family hug and we were together again. I gripped Daisy’s head and stared into her blank eyes. Is that really you, girl?”

View all posts by edsou

This site uses Akismet to reduce spam. Learn how your comment data is processed.